One side of the Lp contains the recording of a performance realised with 10 cassette players positioned inside the bunker of Battery Townsley (World War II coastal fortification). The studio source material, recorded by The Norman Conquest, was also mixed in studio by Giuseppe Ielasi, and this version appears on the other side.

Extracts from both sides:

Audio clip: Adobe Flash Player (version 9 or above) is required to play this audio clip. Download the latest version here. You also need to have JavaScript enabled in your browser.

Audio clip: Adobe Flash Player (version 9 or above) is required to play this audio clip. Download the latest version here. You also need to have JavaScript enabled in your browser.

Gregg Kowalsky resides in Oakland, California where he completed a Master of Fine Arts degree in Electronic Music and Recording Media at Mills College. Kowalsky’s compositions range from drone and noise pieces to meditative psychedelia. After his debut album, Through the Cardial Window (Kranky), Gregg started working with cassette tapes, sine oscillators, mixer feedback, contact mics, etc… His recent series of Tape Chants explores the acoustics where the performances occur by setting up cassette players around the space, using only the cassette players’ speakers for amplification. Throughout the piece, Gregg moves around the space adjusting the amplitude of the players as a live mix. The first incarnation of Tape Chants was released in 2007 titled Tape Chants A Million (Rootstrata). Kowalsky has had the opportunity to perform throughout Europe and the United States; participating in festivals such as WDR’s SoundArt-Köln Festival, Sonar, ERTZ Festival and the Ideal Festival among others. His recordings have released on Kranky, Rootstrata, Arbor and Important Records. He has composed for dance, sound installations, film and acoustic ensembles. 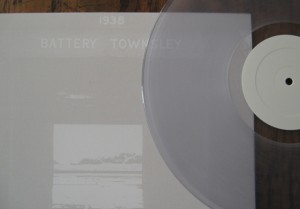